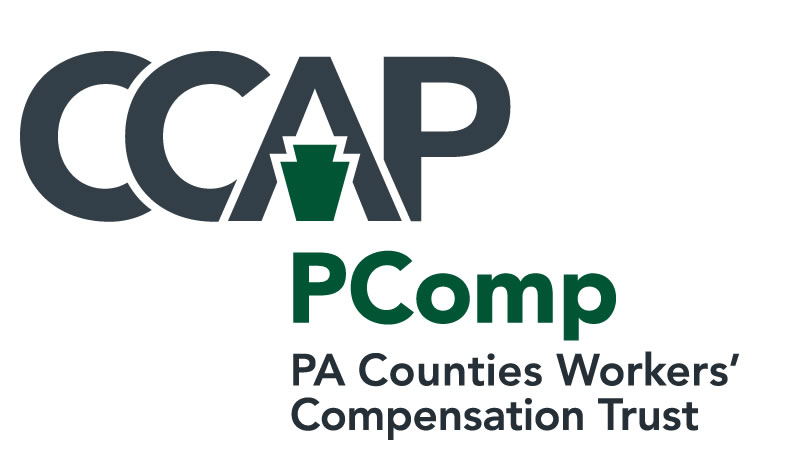 Questions concerning our PComp Insurance program, including requests for an application, should be directed to: 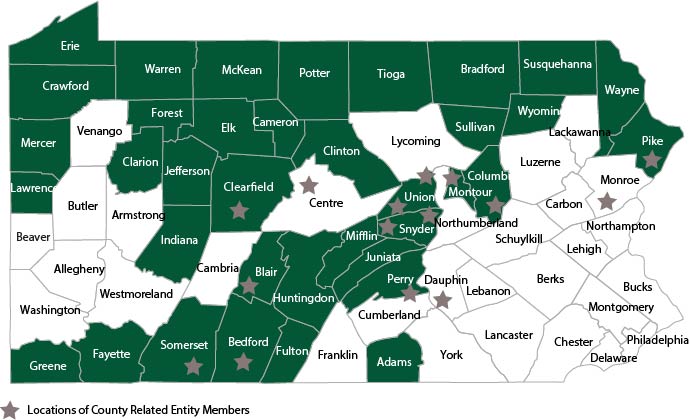 PComp can provide workers' compensation coverage for counties, and for county-related entities such as nursing homes and county joinders. County-related entities, for the purposes of membership in PComp, are organizations created and controlled by one or more counties to perform typical county functions.

PComp is a Trust created by Pennsylvania counties pursuant to Act 44 of 1993. PComp's structure is similar to that of PCoRP, CCAP's very successful property/casualty insurance program. PComp is governed by a fifteen member Board of Directors, with five members appointed by the President of CCAP, eight members elected by the Member Representatives and two County Related Entity Participants elected by the Board. Each participating county selects a representative to the PComp Board of Delegates. No county can have more than one representative on the Board of Directors.

The goals of PComp are:

With the cycles of the commercial insurance industry, there have been periods when counties have experienced cancellations and a severe lack of choice when searching for workers' compensation coverage. PComp is designed to be a long term alternative, ensuring coverage is always available for qualified counties.
By using only county data to establish rates, by retaining and earning interest on the PComp loss fund, and by enforcing an effective loss control program, PComp is designed to provide long term cost savings. PComp's 1993 rates were 5% lower than rates used by commercial insurance carriers.
Since workers' compensation exposures can be lifetime exposures, PComp is designed for the long term. Members are required to make an initial three year commitment to the program to help ensure the long term financial stability. To enhance continuity of service, most of our agreements for reinsurance and service provision are for three or more years.
The success of a workers' compensation program relies to a great deal on controlling and limiting losses. PComp has designed a forceful loss control program which members are required to adopt and implement. Each year members can earn up to a 5% reduction of their premium if they are in compliance with PComp's loss control policies. Seminars and on-site training sessions for county personnel are a regular part of the PComp loss control program. PComp's efforts also target those areas where members have the highest exposure (such as jails and nursing homes).
Membership in PComp is available to all qualified counties, regardless of population or premium level. To join, counties must meet two criteria: Review and approval by the PComp Board of Directors and by PComp's reinsurers. PComp is a self insured program, and is regulated by the Pennsylvania Department of Labor and Industry.

PComp pays all bona fide workers' compensation claims of employees of members. There is no deductible. The PComp loss fund pays claims up to $600,000 and amounts higher than this are paid by the reinsurer, an A.M. Best "A" rated carrier.

Members pay an annual contribution to PComp which is used to:

By using only county data to establish rates, by retaining and earning interest on the PComp loss fund, and by enforcing an effective loss control program, PComp is designed to provide long term cost savings. Initially in 1983, PComp's rates were 5% lower than rates used by commercial insurance carriers, and the spread continued to broaden for several years.