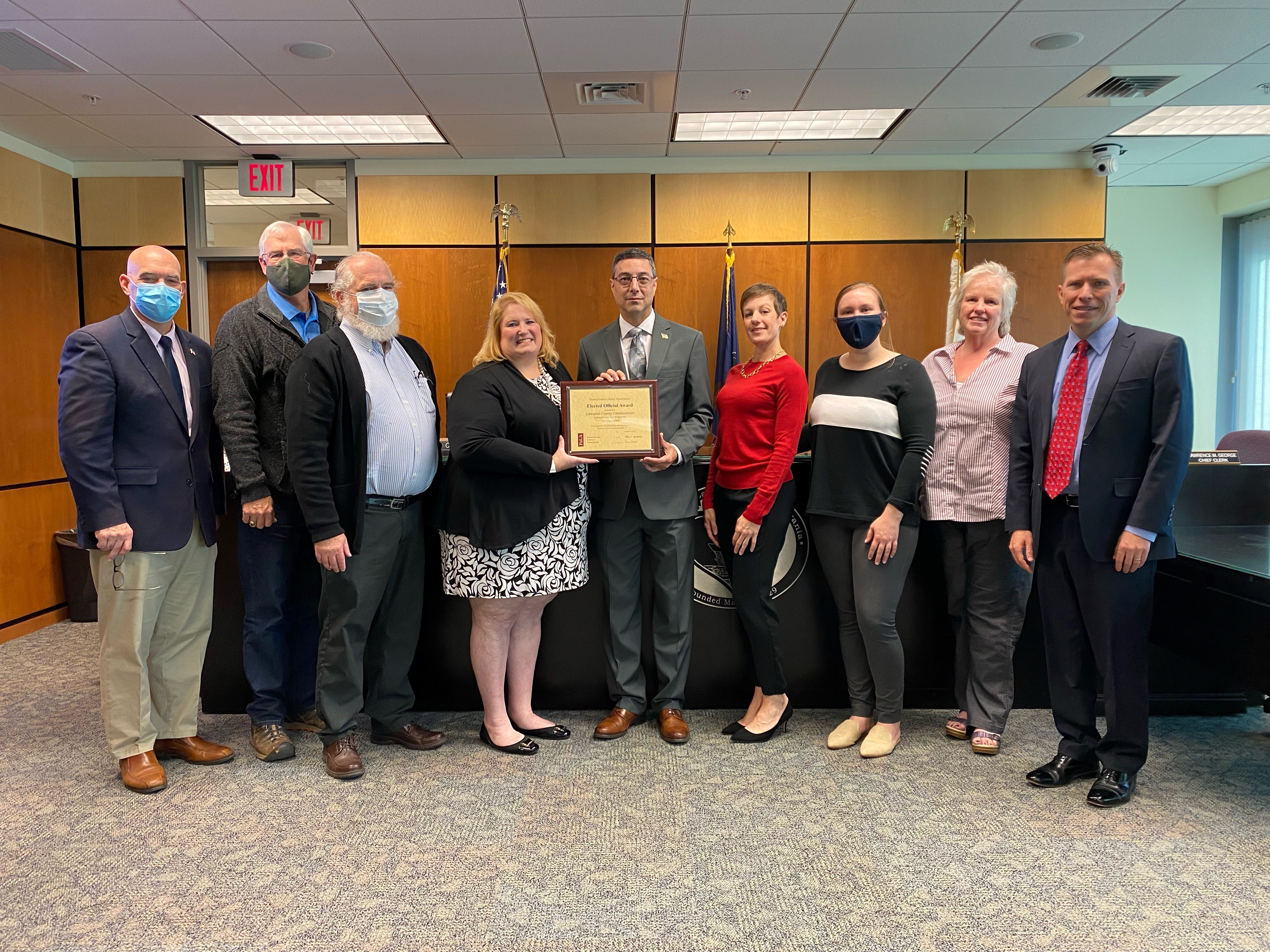 Lancaster County commissioners honored for leadership during COVID
Each year, the Pennsylvania Library Association (PaLA) honors the service of their members, as well as those community volunteers, who go above and beyond the call of duty to support the work of libraries throughout the commonwealth.

On Wednesday, October 13, 2021, the 2021 Elected Official of the Year was awarded to Lancaster County commissioners Joshua Parsons, Ray D’Agostino and Craig Lehman.

At a time of great uncertainty, during the start of the COVID-19 pandemic, the Lancaster County commissioners showed concern in making sure that the county libraries’ interests were not neglected.  They ensured that the libraries’ needs were addressed according to their unique situation, calling libraries “friends of the government” and recognizing the important role libraries play in education and in the community. The commissioners met with library leaders and acknowledged the challenges they were facing, such as lost revenue from fundraisers and everyday services that were on pause and therefore not bringing in income.  Their libraries were also facing the challenge of implementing specific pandemic protection plans in order to reopen.  In response, the Lancaster County Commissioners awarded a CARES Act grant for more than $1.2 million which funded the Lancaster County Libraries. The proactive and forward thinking of Parsons, D’Agostino, and Lehman protected the Lancaster Libraries financially and took the libraries’ best interests into consideration.

In April 2021, the commissioners also took time to celebrate Lancaster County Libraries with a National Library Week proclamation, once again elevating the work of the Library System and the librarians of Lancaster County and highlighting the libraries’ vital role in assisting Lancaster residents to reach the services and information they need to succeed.

“Libraries continued to serve their communities throughout the COVID pandemic” explained Christi Buker, Executive Director of the Pennsylvania Library Association.  “The Lancaster County Commissioners recognized the vital role played by their libraries during the past year.  Libraries have a significant impact on their communities and the level of that impact is directly proportional to the financial support they receive from their local elected officials.”

A committee comprised of association members reviews the nominations, submitted in late summer, and selects winners for a series of categories. Founded in 1901, the Pennsylvania Library Association is the state's oldest professional library organization serving libraries, library employees, library trustees, and Friends of the Library groups. PaLA represents more than 1,300 personal, institutional, and commercial members affiliated with public, academic, special and school libraries throughout the commonwealth.